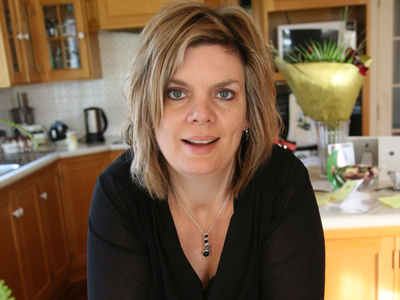 I’m a proud 3rd Generation Rotarian, but ‘with a difference’ as far as my family’s concerned. I’m their first female Rotarian!

You could even say that Rotary’s well and truly in my genes, because from my late teens on, I’ve always made the most of what Rotary has to offer me.

In 1988, as a 17 year old Rotary Youth Exchange Student, I lived for a year in Sweden.  On my return home I joined Rotaract for 6 years. During this time I had the good fortune to be chosen to go on a week-long Rotary Youth Leadership Awards (RYLA) training program for young people. I was then 20 years of age. It all helped to influence me when I decided to join Rotary.

There was a ‘waiting period’ while I looked for a Rotary Club that would suit me. Being a (then) 27 year old woman meant that the makeup of most Club memberships were too old for me.  Good luck happened that a new Rotary Club was being charted – the RC Manukau City Sunrise Inc – and that proved to be just perfect!

So, ‘me being me’, I fast-tracked through the ranks. At age 30 I was proud to be inducted as the youngest Rotary Club President (at that time).

Being a representative on a couple of our District Committees really opened my eyes to what was possible in Rotary. I enjoyed seeing and experiencing the positive differences in the individual Rotary Clubs. When the opportunity arose to become Assistant Governor (AG) I snapped it up!

Loved every minute of that role too as I looked after some great Clubs…including my Dad’s. (It was just another glorious Rotary-sent excuse to ‘boss’ him around!)

In the 2009-2010 Rotary Year I was appointed District Governor (DG) for District 9920. At 38 years of age I became the youngest DG in Australasia. I’d reveled in my earlier AG role – but the new experience of being a DG topped that completely!

To add to the mix, and to make life a little more exciting for everyone, my husband, Mike, and I started a family.  Our son Brayden was born at the end of my DGN year and he was a ‘100% attendee’ during my DGE year! Brayden accompanied me to all my training sessions, including the International Assembly, San Diego, California; plus my regular Club meetings. He even had his own name badge.

All of these experiences demonstrated to me that Rotary is changing for the better.

I often wonder how many can say that their Rotary District would be open to having a young female as their DG – with a baby?

I’m proud to report that Rotary District 9920 took it all in their stride, despite having some misgivings I’m sure. In my DG year everyone was supportive and all-embracing. For me it was the best year of my life and one of the most humbling.

Mike also joined Rotary in the first month of my DG role, which was so special. He’d just served 25 years as a volunteer fireman and was looking for a new interest to embrace.

Mike joined a different club to mine – RC Botany East Tamaki Inc – as it suited his work commitments. (Mike really had no choice you know, as he was fast-tracked into Rotary by having to follow me, his DG, all over the place! But it did give him a 100% attendance record in his 1st year as a member!)

I continue to ‘rattle the cages’ and am also delighted to have number 2, and last child, on the way. Another 4th Generation Rotarian no doubt, with a double dose of Rotary in the genes!

Rotary for me has been, and always will be, a huge part of my life.

It’s an organization I’ve been proud to belong to for just on 14 years…with a 100% attendance record for all of those.